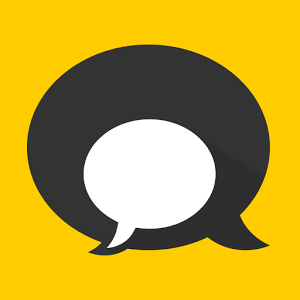 There have been some ongoing discussions about Facebook Messanger / Whattsapp – security, encryption, privacy etc.
Just a few days ago Facebook made a big move pushing more users to the Facebook Messenger.
And now a new big player enters the field of messengers: Deutsche Post.

They announced a product called „Sims Me“ being a „free and secure messenger on iOS and Android“.

Of course Deutsche Post has some expirience with delivering messages for hundrets of years. But this is not the first App Deutsche Post is providing, officially the apps are developed by „DP IT Brief GmbH“.

– End to end encryption
– everything stored on servers
– self destructive messages *
– Ability to connect to your existing contacts (but only by granting SimsMe access to your contacts)
– Confirm users by QR code (same like Threema)
– App is password protects -> if your possword got lost, your app data is gone, you have to reinstall it.

* only for th first million users for free

There is a good FAQ on the page.

The starting phase was a bit to much for Deutsche Post as to much users tried the service, but for now it is okay, some bugs have to been fixed, there is some space for improvement regarding UI, but overall a nice product.

Of course stating „it is end-to-end encrypted“ does not mean anything. I haven’t seen a Audit of the App, even if it would be open source, there is no evidence that the open source code is the code DP IT Brief GmbH is sending to Apple / Google. And there is no way to check wether the app uploaded from DP IT Brief GmbH to Apple / Google is the App that you are downloading to your device (they are in a position to madify apps). That said, having a big company providing an app with end to end encryption is better than using a plain-text or not properly encrypted app. But still, if you want to exchange sensitive stuff, face to face is the way to go.